Scientist Place Origin of Life on a Thing that Never Happens 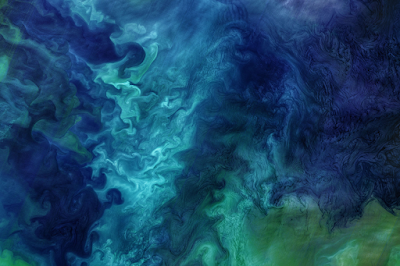 To make sense of how life originated, “A new study provides evidence for the RNA idea, which is known as the ‘RNA world hypothesis.’ But at least one ingredient in early RNA may differ from what's found in the modern form, a group of scientists reported on Dec. 3 in the journal Proceedings of the National Academy of Sciences.

Modern RNA, alongside its sugar and phosphate backbone, is made of four main building blocks: nucleobases called adenine (A), cytosine (C), guanine (G), and uracil (U).”

However “it turns out that early RNA may have had one nucleobase that isn't part of the modern form.

But then, the researchers added another chemical, called inosine, into the mix, instead of the guanine-based molecule. After that, the researchers were surprised to find that RNA could form and replicate slightly more accurately than it does in a mix with guanine.”

However, “because inosine can be easily derived from another base pair, adenine, it makes the process of originating life "easier" than if you had to make guanine from scratch, said John Sutherland”, who did not contribute to the study.

The rna-world is thought a failure.

The origin of life business never was much about science.

De nihilo nihil, the Roman 1st century poet Persius is quoted as saying, “Nothing comes from nothing.”