Scientists Say the Biblical Account of Sodom is Accurate 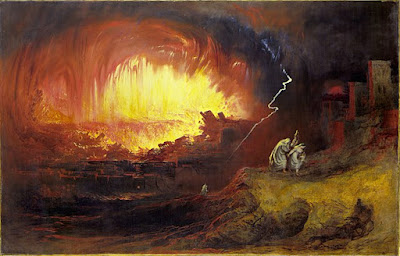 After months of digging, Phillip Silvian (Trinity Southwest University , Albuquerque) told what had happened at the annual meeting of the American Schools of Oriental Research, in the Dead Sea area.

He led excavations on “five large sites on the Jordanian side of the Jordan River. According to Silvia, the 15 square-mile circular Middle Ghor was a fertile plain, populated continuously for at least 2,500 hundred years. Some form of catastrophe 3,700 years ago brought this to a sudden end, wiping out all of the estimated 40,000 to 65,000 people who inhabited the area at the time.”

The excavation shows that “the 120 small settlements in the region showed signs of extreme, collapse-inducing heat and wind.”

They said that it resembled the Tungusta affairs in 1908, in which a meteorite struck the earth.

“The destruction of Tall el-Hammam (Sodom), but also its neighbors (Gomorrah and the other cities of the plain) was most likely caused by a meteoritic airburst event,” they said.

Here’s what the Bible says:

“Then the LORD rained down burning sulfur on Sodom and Gomorrah--from the LORD out of the heavens. Thus he overthrew those cities and the entire plain, destroying all those living in the cities--and also the vegetation in the land.” (Genesis 19: 24-25, NIV).

When the Bible describes historical matters, it always gets the facts, including the tiny details, right. Secular ancient writers were unable to deny the historicity of Jesus.

The Bible tells us about real people and real events, such as the earthquake mentioned by the prophet Amos and the one that occurred during Jesus’ crucifixion.

The Bible is the book of truth,.

Yes, it seems that the Dead Sea explosion corroborates what the Bible is saying.