Saturn’s Rings Look Too Young for an Old Solar System 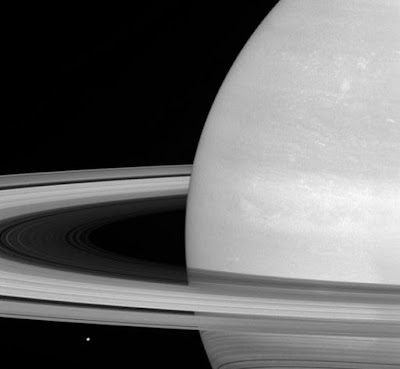 This would mean that for the first “4,5 billion years” Saturn had no rings.

Previous research has suggested that Saturn might be “2 billion years” younger than the solar system and that the rings may be younger than dinosaurs.

Several planets, such as Mercury and Venus, Jupiter’s moons Io and Europa, Saturn’s moons Titan, Mimas and Enceladus, as well as Pluto also look too young for a “4.6 billion-year-old” solar system.