Latest Space Signal Is a False Alarm, As Usual 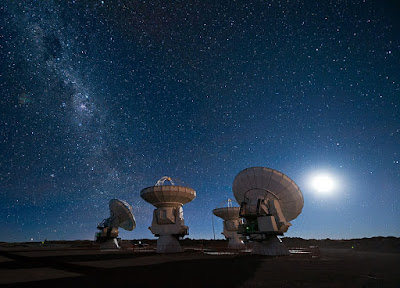 The latest space signal is almost certainly a false alarm. No aliens there.

Last year, Russian astronomers picked up a strong radio signal coming from the star HD 164595, some 95 light years away from us.

The signal has been making headlines in recent weeks, probably due to discoveries like the nearest exoplanet Proxima b and Tabby’s star or KIC 8462852 that initially seemed to send a regular message that could not be explained by orbiting planets.

But like the famous wow signal, the message was probably caused by comets.

SETI (search for extraterrestrial intelligence) is (in)famous for searching for life in the wrong places.

Its history is fraught with false expectations, and very often science fiction has trumped science.

Despite all the false alarms, New Scientist is confident that aliens must be lurking somewhere in the universe:

“Although we don’t know enough about the origin of life to say for sure, it is almost certain that aliens have arisen from the primordial goo elsewhere. Even if the odds of life are incredibly low, a universe 93 billion light years wide provides ample rolls of the dice to get things started. For Earth to be the sole flame of light in the darkness suggests some kind of outside influence, whether a supreme being or the reality that we live in an artificial simulation. Aliens are far, far more likely.”

But only if we a priori rule out the God who in the beginning created everything.