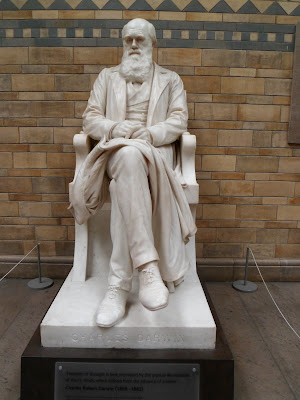 The scientific community is facing a huge crisis.

Increasingly, researchers are publishing results that others can’t replicate. Scientific misconduct is on the rise. Many papers have been retracted, as scientists were less than rigorous in their research.

Unfortunately, at least one good paper was also retracted for no other reason than its use of two non-Darwinian keywords.

“Paul Smaldino and Richard McElreath at the University of California Davis used an evolutionary theory-based computational model to analyse the problem of bad science. They found that ‘the most powerful incentives in contemporary science actively encourage, reward and propagate poor research methods and abuse of statistical procedures’. In short, it’s natural selection for shoddy science.”

Well, if that is what evolution-believing researchers think, how can we trust anything they say?

While scientists are fond of using words like ‘innovative’, ‘groundbreaking’ and ‘novel’ in the abstracts of their papers, they tend to exaggerate the importance of their findings:

“Smaldino and McElreath found that their model pushed researchers to do less rigorous science, and publish more false positives. They suggest that their model shows that bad science can be explained as a result of the evolutionary selective pressures that are acting on scientists.”

Putting it in slightly different words, it seems that scientific misconduct thrives in the Darwinian community.

For instance, evolutionary psychologist Marc Hauser, a champion of Darwinian morality, was accused of scientific misconduct.

So perhaps we should thank evolution for bad science.