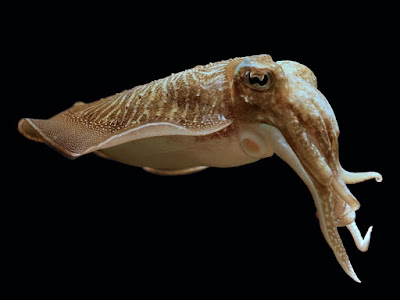 Cuttlefish stop breathing when a shark approaches them. This basically makes them invisible.

A paper published in the Proceedings of the Royal Society B shows that predators were very unlikely to detect cuttlefish that held their breath. An article in Science states:

“When the frightened creatures froze in place and covered the cavity leading to the gills with their tentacles, the voltage in the water nearby dropped by about 80%.”

This made it very difficult for sharks to find them.

Animal intelligence should remind us that the One who made them was not a blind watchmaker but the Almighty Creator who planned every small detail.

Other examples of animal intelligence or amazing skills include the following:

- Bowerbirds can mimic practically anything.

- The octopus is an “eight-legged marvel."