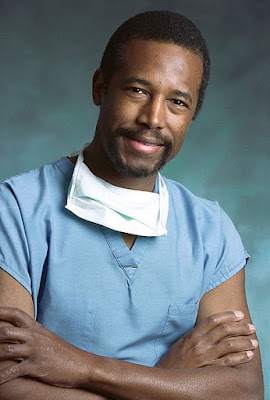 Recently, in an interview with CNN, he put to rest all doubts concerning this theory. Or should we, in a Dawkinsian manner, call it a fact.

The evidence is staring at us.

The objects of Dawkins’ ire were non-believers - Republican presidential candidates who were critical of Darwinian evolution:

“This fills me with despair. This is not something you believe in or not. I mean, this is a fact. It is a fact. It’s just as much of a fact as the Earth goes around the Sun. You can’t not believe it unless you’re ignorant.”

Dawkins went on to say that he didn’t think they were ignorant but were merely saying what their supporters expected them to say.

He was especially displeased with famed neurosurgeon Dr. Ben Carson, who has been awarded the Presidential Medal of Freedom and over 60 honorary doctorates.

In contrast, Dawkins has hardly done any science in decades, and has repeatedly used outdated and misleading arguments in favour of evolution.

These include his views on the genetic code, the human eye and Ernest Haeckel’s embryo drawings.

Even the journal Nature has criticised Dawkins for spreading misinformation.

In the CNN interview, Dawkins once again repeated that evolution was “the bedrock of biology.” He said that Carson’s view is “a disgrace. But for a very senior eminent distinguished doctor as he is to say that is even worse. Because of course, evolution is and biology is the bedrock of medicine.”

Dawkins could not resist adding a bit of amateur theology: “It is a form of arrogance to say we know what God does. The only way to know anything is by looking at the evidence. In this particular case, the evidence is overwhelming… In the case of evolution, there is no doubt. It is a fact.”

The problem is that Dawkins is very selective in his use of facts. He disregards all that don’t support molecules-to-man evolution.