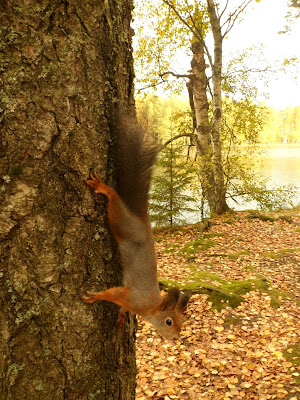 The Chinese squirrel fossils are not very different from today’s squirrels.


According to evolutionary dogma, dino-age mammals were tiny creatures that hardly resembled anything we see today.

But fossils tell a very different kind of story.

In 2014, a paper on the discovery of three Jurassic squirrels (or at least animals that looked a lot like today’s squirrels) was published in the journal Nature.

While some researchers might hesitate to call them squirrels, the media used that very name, either with or without quotation marks. According to Sci-News:

“A group of paleontologists led by Dr Jin Meng of American Museum of Natural History has discovered three squirrel-like mammals that lived in what is now China during Jurassic, about 160 million years ago.”

If animals are “squirrel-like,” might they not actually be squirrels? The title of the article – Three Jurassic Squirrel Species Discovered in China – does suggest this.

Sci-News goes on to say,

These animals were successful tree-dwellers, weighing between 30 and 300 grams.”

The fossils were extremely well preserved. Despite some minor differences with today’s specimens, they support the view that squirrels have been squirrels since time immemorial.

Some leading evolutionists have previously acknowledged that tree squirrels are living fossils. They should have even more reason to do so after this discovery.

Living fossils show that change of the Darwinian variety is rare in the animal kingdom.

Animals produce offspring after their kinds but do not change into other kinds. In other words, an important biological principle introduced in the Book of Genesis describes reality much better than the Darwinian story.