Quite a Story: “Ancient Alga Knew How to Survive on Land Before It Left Water” 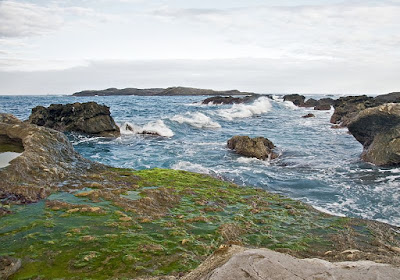 
We all knew that animals and plants are intelligent, but now evolutionists would want us to believe that algae were able to plan ahead.

According to Science Daily,

“A team of scientists led by Dr Pierre-Marc Delaux (John Innes Centre / University of Wisconsin, Madison) has solved a long-running mystery about the first stages of plant life on earth.”

So what did they find out?

They “analysed DNA and RNA of some of the earliest known land plants and green algae and found evidence that their shared algal ancestor living in the Earth's waters already possessed the set of genes, or symbiotic pathways, it needed to detect and interact with the beneficial AM fungi.”

The rest is fact-free storytelling:

“Dr Delaux said: 'At some point 450 million years ago, alga from the earth's waters splashed up on to barren land. Somehow it survived and took root, a watershed moment that kick-started the evolution of life on earth. Our discovery shows for the first time that the alga already knew how to survive on land while it was still in the water. Without the development of this pre-adapted capability in alga, the earth could be a very different place today.' ”

Actually, their discovery did not show it. Their interpretation is based on anything but a critical analysis of the data. In other words, they assume that they have discovered algae that are capable of thinking and planning ahead, because their worldview requires this to happen.

Otherwise, life would never have made it to land. Evolution would be dead.

What the researchers failed to keep in mind is that evolution was supposed to be blind. Just ask Richard Dawkins.

John Innes Centre. 2015. Ancient alga knew how to survive on land before it left water and evolved into the first plant. ScienceDaily (5 October).