Life From Space: Did Aliens Seed Earth with Life? 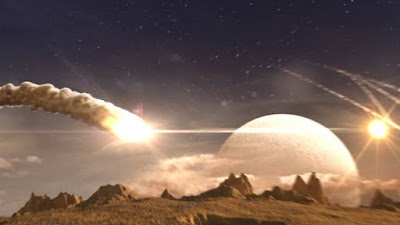 Life is so complicated that some believe it came from outer space. Image courtesy of Creation Ministries International.

The origin of life is a hard puzzle for evolutionists. Theories have come and gone but none of them have been even close to being plausible.

As Louis Pasteur showed, life only comes from life. It does not appear spontaneously. It needs information and intelligence.

Some evolutionists have speculated that life must from come from space.

Even Richard Dawkins has toyed with the idea that aliens might have brought life to Earth.