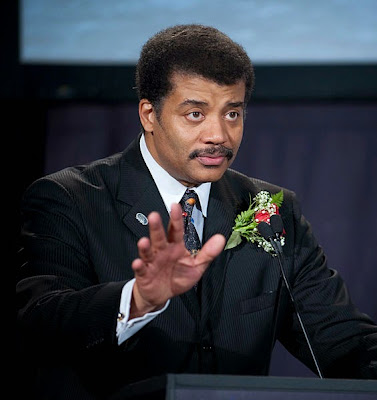 Today, as some ardent evolutionists celebrate Darwin Day, we should not forget that it also is Academic Freedom Day.

David Klinghoffer describes the purpose of this award:

“COTY, as it's called for short, recognizes achievement in thwarting an open and informed discussion of science and scientific controversies. It is a serious thing -- since censorship is serious and often but not always casting fear on less powerful individuals whose ideas the censor doesn't like. That was the case with last year's winner, biologist Jerry Coyne, who with his partners at the Freedom from Religion Foundation was successful in silencing a young physics professor who dared to provide students with information about intelligent design.”

This year’s recipient of the Censor of the Year Award is Neil deGrasse Tyson of Cosmos fame. Mr. Klinghoffer explains why the award goes to Tyson:

“Cosmos represented a highly imaginative rewrite of the history of science. It was designed to convey an impression that faith was always an obstacle to scientific discovery, that all legitimate scientific controversies are in the past, that skeptics of scientific orthodoxy today are fools or worse.”

In other words, he has attempted to censor all views that do not agree with his opinion of the past, the present and the future.