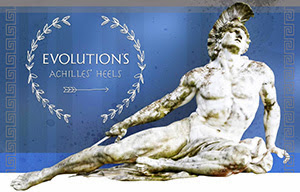 In Greek mythology, Achilles (Ἀχιλλεύς) was a hero of the Troyan war. He was invulnerable in all other parts except his heel.

In like manner, Darwinian evolution might sound like a robust theory – except that it isn’t. It has a number of unprotected parts that make it very vulnerable. In an upcoming DVD, 15 PhD scientists disclose why they do not think that evolution is true. Here’s a brief sneak peek at the video produced by Creation Ministries International:


CMI will later produce a book on the topic.