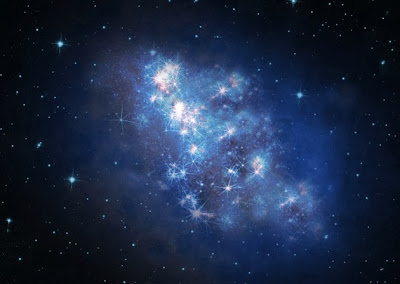 Many astronomers believe that the first stars formed very fast. A recent article in the journal Science describes the speed as “a breakneck pace” and characterises the era as “an unexpected period of frenetic star birth in the early universe". This era is assumed to have been roughly 700 million years after the big bang.

Images taken by the Hubble Space Telescope suggest that galaxies that are thought to be very old are already fully formed and fill the sky in an orderly manner. (Astronomers assume that stars with a redshift of seven or so are among the oldest ones in the universe.)

The order seen in the “early” universe supports the Genesis model of creation in which God spoke the stars into existence.