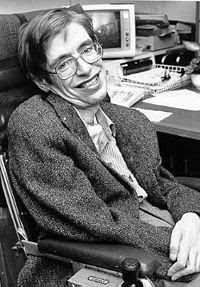 Science is not the only thing that scientists do. Professor Stephen Hawking was supposed to attend a scientific conference in Israel but he cancelled his coming at the last moment. Initially, the University of Cambridge issued a statement, explaining that he was not well enough to travel. However, he later admitted that his real reason was a desire to boycott Israel.

Professor Hawking is not the only scientist who has used his scientific credentials to dabble with politics or other non-scientific issues. Richard Dawkins has hardly spent any time in a laboratory in decades but has focused on spreading the gospel of atheism. Recently, PZ Myers has defended abortion.

The Hawking case shows that anti-Semitism has definitely not fallen into a black hole.