What Richard Dawkins Forgot: The Name of the Book Darwin Wrote 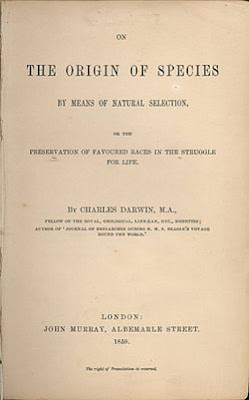 Richard Dawkins forgot the full title of this book. Image courtesy of Wikipedia.

Recently, our old friend Richard Dawkins said that most people in the UK who say they are Christians are not real Christians because they don’t go to church, read the Bible or even know the name of the first book of the New Testament.

In the BBC programme in which Dawkins made these claims he was asked whether he knew the subtitle of Darwin’s famous book. He said he did, but actually he stammered a bit and had to admit that he didn’t remember.

The full name of Darwin’s famous book is On The Origin of Species by Means of Natural Selection, or The Preservation of Favoured Races in the Struggle for Life.