Blind Arachnid: Evolution is Going in the Wrong Direction 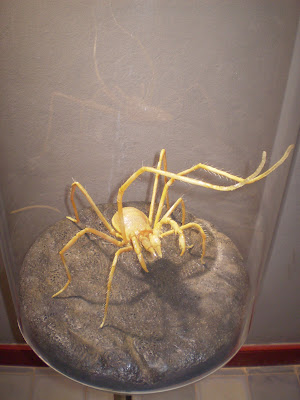 Malorerus randoi is a blind arachnid that only lives on the Spanish island of Fuerteventura.

Darwinian evolution needs change. Thus, many evolutionists will regard any kind of chance as evidence for evolution.

In the real world, changes speak about something very different.

For instance, the blind cave crabs of Lanzarote have lost a trait they once had.

Malorerus randoi, a blind archnid that only lives on the island of Fuenteventura, shares the fate of these crabs. It has also lost its eyesight.

The loss of genetic information suggests that there is something amiss with Darwinian explanations.

Evolution has gone in the wrong direction.
Lähettänyt bwanajoe klo 10:09