Why Do Darwinists Believe in Conspiracy Theories? 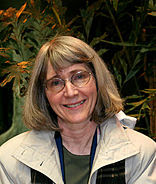 A just-released film “examines the hijacking of science education by religious fundamentalists.”

The claim is a rather interesting one, as evolutionists have a monopoly on science education in the USA and elsewhere. The film No Dinosaurs in Heaven features Dr. Eugenie Scott, the executive director of the National Center for Science Education, an organisation that exists for the sole purpose of promoting the teaching of Darwinian evolution.

It seems that at least some prominent evolutionists believe in conspiracy theories. There is actually not a whim of truth in their pretentious claim.

The film was released by Jezebel Productions. Jezebel was the queen who persecuted the prophet Elijah and tried to put an end to the worship of Yahweh in Israel.
Lähettänyt bwanajoe klo 10:10