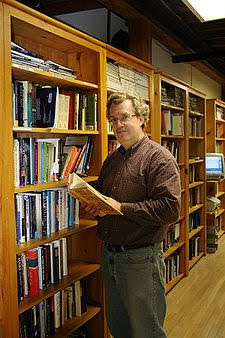 In a recent blog post, doctor Karl Giberson laments that according to a Gallup poll conducted in 2010, four in ten Americans believe that God created “human beings pretty much in their present form at one time within the last 10,000 years or so.”

Giberson, the vice president of BioLogos Foundation, wants to change these figures. He claims that Jesus would believe in evolution, since He said He is the truth and “He cares for the Truth”.

For Giberson, truth means evolution and faith in millions of years. He claims that a literal understanding of Genesis amounts to robbing it.

Appealing to Jesus sounds bizarre, since the Bible depicts Him as the Creator, who in the New Testament did miracles in an instant and in Genesis created the entire universe in six days.

Giberson’s claim is also ironic, keeping in mind that Darwinists have had to retreat on many fronts in biology and anthropology in the past few years. Recent research has for instance shown that junk DNA has turned out to be a myth and that most fossils provide support for creation.

In addition, Jesus said of the creation of man: ”But at the beginning of creation God ‘made them male and female’.” (Mark 10:6).

According to theistic evolution, man stepped on the stage four billion years after the beginning of planet Earth, so Giberson has a lot to explain.

Giberson, Karl W. 2011. My Take: Jesus would believe in evolution and so should you. CNN Belief Blog (10 April).
Lähettänyt bwanajoe klo 10:22