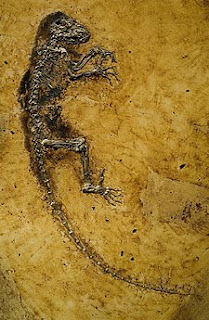 Fossils found in Egypt that are assumed to be 37 million years old are robbing Ida of her status as a potential human ancestor. Erik Seiffert of Stony Brook University and colleagues analysed over 100 teeth and jawbone pieces and gave their find the name Afradapis longicristatus. They published their research in Nature.

The new discoveries suggest that the ado caused by Grand Aunt Ida was premature. Published in May in PLoS ONE, the fossil known as Ida or Darwinius masillae graced the covers of myriads of magazines and stared at us from the front pages of countless newspapers. However, many experts already doubted her significance.

Ida, whose remains are assumed to be 47 million years old, was able to enjoy the limelight for a while. Now, however, she has to make do with her less prestigious role as the grandmother of lemurs.