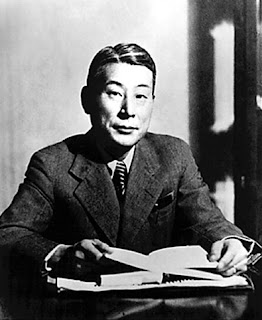 Ahead of International Holocaust Remembrance Day on Jan. 27, a virtual event on Monday honoured a hero often referred to as the “Japanese Schindler” for helping to save thousands of Jews from the Holocaust.

Chiune Sugihara, Japanese diplomat stationed in Lithuania, defied his own government’s orders by issuing handwritten transit visas in 1940 to more than 6,000 Lithuanian Jews, enabling them to escape Nazi-occupied Europe. He continued to do so for over a month until the Japanese consulate was closed. More than 40,000 descendants of those Jews are believed to be alive today because of his courageous actions.

The online event highlighted Sugihara’s heroic deeds and the lessons we can learn from him in battling contemporary anti-Semitism. The reception was hosted by the Combat Anti-Semitism Movement and B’nai B’rith International.

Sacha Roytman Dratwa, executive director of the Combat Anti-Semitism Movement, told JNS, “While Sugihara has gotten more attention in recent decades, particularly after Yad Vashem gave him the ‘Righteous Among the Nations’ title in the 1980s, most people, including Jews, are still unaware of his heroic deeds. So, it is important that we honour those, such as Sugihara, who came to the aid of the Jewish people in the darkest hour of their history.”

“With fewer and fewer survivors of the Holocaust alive to tell their stories, it is vital that its lessons continue to be shared,” he continued. “The Sugihara lesson is about what one person can do in the face of evil—which, with anti-Semitism on the rise around the world, is as relevant as ever.”

He was not the only one to save Jews: Apart from Schindler, who saved 1 200 Jews from concentration camps, Irena Sendler, a Polish social worker, teamed with 20 others and smuggled 2,500 children out of the Warsaw Ghetto, some in ambulances and trams between October 1940 and April 1943 and placed them in Catholic homes. And in the UK, they had Frank Foley, who saved 10,000 Jews  and sir Nicholas Winton who saved 669 Jewish children..