Holocaust Remembrance Day: Time to Remember What Science Gone Wrong Can Do and What Some Heroic Dissenters Did 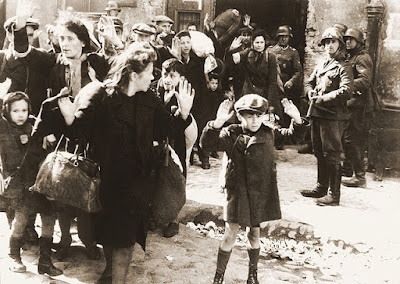 It is a stark reminder of how far science can go astray. Just over 70 years ago, eugenics was seen as a valid field of research, and Josef Mengele was conducting scientific experiments on Jews at Auschwitz.

Historians will tell us that the Holocaust was inspired by Darwinian evolution. German Nazis sought to help natural selection to get rid of the “unfit”.

Fortunately, among all the destruction, Oskar Schindler and other brave dissenters saved the lives of hundreds of Jews.

Irena Sendler, a Polish social worker, teamed with 20 others and smuggled 2,500 children out of the Warsaw Ghetto, some in ambulances and trams between October 1940 and April 1943 and placed them in Catholic homes.

“Under the pretext of inspecting the ghetto's sanitary conditions during a typhoid outbreak, Mrs Sendler and her assistants went inside in search of children who could be smuggled out and given a chance of survival by living as Catholics,” the Daily Mail reported in 2008, when she died at age 98.

She risked her life in the brave operation and despite being caught in 1943 and tortured, she refused to betray any of her helpers – and outlived those who tried to stop her.