Homo naledi Turns Out to Be Much Younger Than Expected 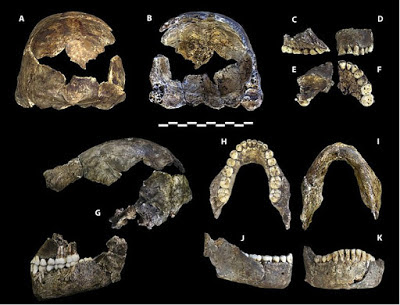 This has been an interesting week for the evolution of two assumed human ancestors.

First, the journal Science suggested that Australopithecus sediba should be tossed out of the human family tree. Then, National Geographic acknowledged that Homo naledi is “only” 200,000 – 300,000 years old, making it far too young to be a direct human ancestor.

Both discoveries were known to be very controversial.

In 2010 Lee Berger and his team discovered Australopithecus sediba that was once touted as a human ancestor but was later practically tossed aside by some other anthropologists.

Then, in 2015 Professor Berger and colleagues published a paper on what they claimed to be a new human species. Found in a cave in South Africa, their discovery consisted of 1,500 pieces of teeth and bones that were not dated, and some experts thought they might be too young to fit into our family tree.

Now, in an interview published in National geographic, Berger suggested that H. naledi might be a lot younger.

For evolutionists, the curved ape-like fingers, small skull and other primitive features of H. naledi are an enigma. They believe that modern H. sapiens appeared some 200, 000 years ago, leaving practically no time for evolution.

Chris Stringer of the Natural History Museum in London thinks that H. naledi might be “a relic species, retaining many primitive traits from a much earlier time.”

Prof. Berger has likened it to the Coelacanth (Latimeria chalumnae), the living fossil that was supposedly able to retain primitive features for 400 million years.

Others have compared it to the hobbit or H. floriensis that has been the source of heated debate since its discovery in 2003.

And least one thing is sure: there’s no end in sight for updates to our assumed family trees, and artists will hardly have to fear for their jobs until the day comes when Darwinian evolution will be tossed out as pseudoscience.