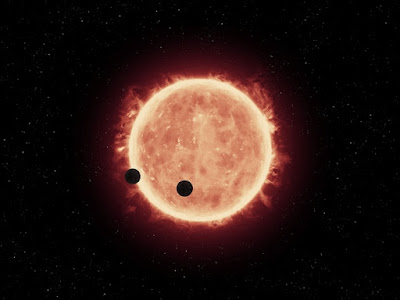 
Few topics make headlines as easily as the discovery of Earth-like planets, especially if they are thought to be habitable.

And many people who subscribe to a naturalistic worldview think that the universe is teeming with exoplanets that resemble our good Earth.

Some put the number at 100 billion billion.

Every so often we hear that Earth’s alien cousin or perhaps even twin has been found.

In reality, however, even the most Earth-like exoplanet (Kepler-438 B) is not habitable.

Most exoplanets are more or less weird. For instance, superfast spinning stars show that our Sun is special – and so is Earth.

Some 39 light years from us, it is a cool dwarf star, and its roughly Earth-sized planets orbit it very close (1.5 to 12 days). 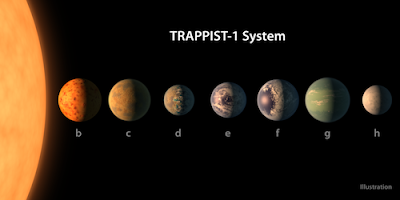 All the Trappist-1 planets are thought to be habitable, at least in theory. While some astronomers hope to find liquid water on them, these alien worlds might be bombarded with intense solar radiation and they are probably tidally locked like Mercury in our solar system, with the same side always facing its sun.

It seems that just like the nearest exoplanet Proxima b, the Trappist planets might also turn out to be dead and unfriendly worlds.

In contrast, our world is special. God created Earth and filled it with life, just like Genesis tells us.