Earth Makes Its Own Water: New Research Suggests Genesis Is Right About the Origin of Water 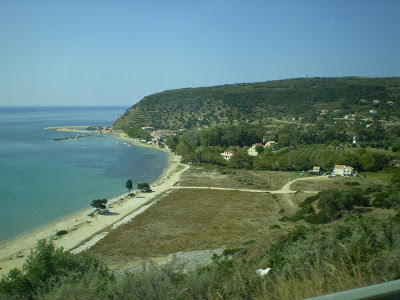 Where did all this water come from?

The origin of Earth’s water is a naturalistic enigma. Many scientists used to believe that comets brought it here.

However, new research published in the journal Earth and Planetary Science Letters suggests that chemical reactions in Earth’s mantle may have produced much of our planet’s water.

This conclusion is based on a computer simulation “of reactions in Earth’s upper mantle between liquid hydrogen and quartz, the most common and stable form of silica in this part of the planet,” as New Scientist put it.

The article goes on to explain:

“’This is one way water can form on Earth,’ says team member John Tse at the University of Saskatchewan in Canada. ‘We show it’s possible to have water forming in Earth’s natural environment, rather than being of extraterrestrial origin.’

The simple reaction takes place at about 1400 °C and pressures 20,000 times higher than atmospheric pressure as silica, or silicon dioxide, reacts with liquid hydrogen to form liquid water and silicon hydride.”

A recent paper published in Nature suggested that Earth had water at a very early stage. Two older studies also came to the same conclusion.

It is reasonable to conclude that the beginning was thousands, not billions of years ago.

In 2014, research showed that enormous amounts of water lie trapped in ringwoodite 400–700 kilometres beneath Earth's surface and there’s more water even at a depth of 1,000 kilometres.

Some of the water may hail of Noah’s Flood, for instance the rivers hidden beneath Greenland’s glaciers, a huge lake under an Andes’ volcano and large aquifers in arid Northern Kenya.

These discoveries confirm the Genesis account of creation and the Flood.