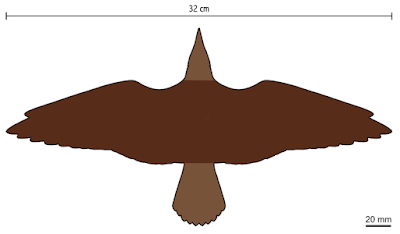 Dino-era birds were real birds much earlier than evolutionists once thought. A fossil and other remains of a “120 million year old” bird found in China included a pellet that was full of fish bones.

Here’s the gist of the story, courtesy of Science Daily:

“About 120 million years ago, a bird dunked its beak into the water, caught a fish and, after digesting the meal, coughed up a pellet full of fish bones. The bird died moments later, but now its fossils are the oldest evidence of a bird pellet on record, a new study reported.”

The discovery suggests that at least some birds have had very modern bird-like traits and habits for far longer than researchers previously thought:

“The pellet — the first that is unambiguously from a bird that lived during the Mesozoic, the age of the dinosaurs — indicates that the ancient bird had a two-chambered stomach, much like birds do today, the researchers said.

Modern-day birds, including many birds of prey, produce pellets made up of indigestible material, such as bones, hair and feathers.”

At least some ancient birds “performed aerodynamic feats in a fashion similar to those of many living birds,” Science Daily suggested in 2015.

It seems that the dino-to-bird hypothesis is in big trouble. (Read more here and here.)