Waterloo – And the Most Important Victory in History 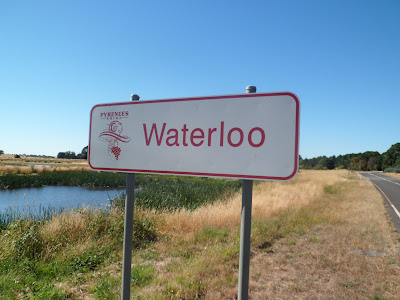 Some little towns in Australia have fascinating name, such as Waterloo.

Napoleon lost his chance to rule Europe, when he was defeated at Waterloo. However, it was not the most important battle in history.

The greatest battle was fought on a hill called Golgotha, also known as Calvary some 2000 years ago. Light overcame darkness and life death. By His death Jesus destroyed death, atoning for our sins.