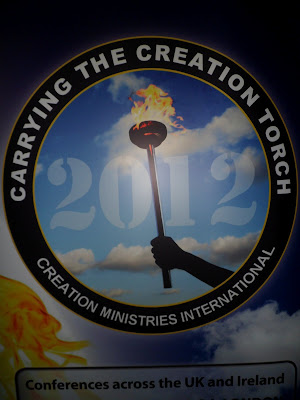 Dr. Vij Sodera lectured recently in the Carrying the Creation Torch Conference in the UK.

Born in India, Vij Sodera came to Britain when he was four. Like many others, he learnt evolution at school. However, evolution failed to convince Sodera, who is a medical doctor and a Fellow of the Royal College of Surgeons. He has written three acclaimed textbooks on surgery.

Last Saturday (19 May), Dr. Sodera spoke at the Carrying the Creation Torch Conference at Chessington in South London. It was the first of eight similar events Creation Ministries International is holding in the United Kingdom this year.

Sodera used his expertise in anatomy and pathology to show that Darwinian evolution does not work.

He pointed out that the very mutation an organism ”hopes for” is the one it won’t get. Thus, horns in humans do not speak of evolution but of design gone wrong.

According to Dr. Sodera, the mammalian diaphragm shows that a step-wise Darwinian process could never cause a reptile to change into a mammal. The changes would only have killed the potential forefather.

It would have been impossible to get human feet from curved ape feet. Melanocytes and other skin tumours speak of deterioration resulting from the Fall after a very good beginning in Genesis.

There were about 250-300 participants in CMI’s inspiring conference. In addition to Sodera, the speakers included Brian Edwards, a British theologian; David Catchpoole, a PhD plant physiologist of CMI-Australia; as well as Dominic Statham and Philip Bell, a MSc zoologist /geologist of CMI- UK/Europe.