Brainwashed to Believe in Slow Processes? 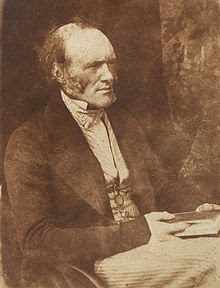 Derek Ager (1923-1993) was sceptical of Charles Lyell (pictured above). Image courtesy of Wikipedia.

Derek Ager, a British palaeontologist and geology professor, was no friend of creation, but he said some honest words about uniformitarianism, the geological view of slow gradual processes that prompted Charles Darwin to propose the theory of evolution:

“Just as politicians rewrite human history, so geologists rewrite earth history. For a century and a half the geological world has been dominated, one might even say brain-washed, by the gradualistic uniformitarianism of Charles Lyell. Any suggestion of “catastrophic” events has been rejected as old-fashioned, unscientific and even laughable.”

Yet, without uniformitarianism we would not have Darwinism.