The Fossils of Thorns and Thistles: A Nightmare for Christians Believing in Millions of Years 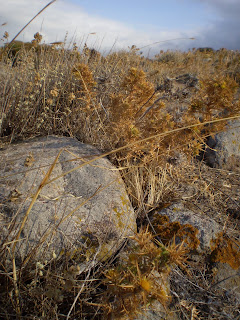 According to Genesis, thorns and thistles appear after the Fall.

Progressive creationism is a view that interprets the Genesis creation days as long eras lasting for millions of years. It assumes that God created new species to replace those that had become extinct.

According to progressive creationism, Adam and Eve were real historical people who lived approximately 100,000 years ago.

Many progressive creationists believe that the Fall was a real historical event that had cosmic consequences. However, some of them think that animals were killing each other before the Fall.

Thorns and thistles are nevertheless a big problem for them. A textbook on the evolution of plants shows that there were thorny plants already in the Devonian Era roughly 345–395 million years ago. It has a picture of Psilophyton crenulatum, a plant that is not very different from the thorny plants we see in our time.

Progressive creationists have a huge problem: the consequences of sin are seen in the fossil record over 300 million years before the Fall of Adam and Eve.

It would be easy to solve this problem by returning to a genuine biblical timescale that knows nothing of millions of years of past history.