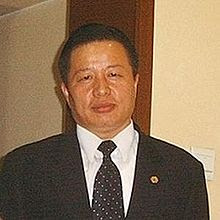 Chinese police beat and mistreated human rights activist Gao Zhisheng for 48 hours without a break. Gao, a Christian lawyer, has had to suffer terribly for his courageous stand against human rights abuses in China. For several years the police have taken him from one prison to another. At times, his wife and children have not even known whether he was alive.

Unfortunately, many western leaders have been reluctant to take up the issue with Chinese leaders for fear of losing a lucrative market for their goods.

You can read more about human rights infringements in China on the China Aid webpages.