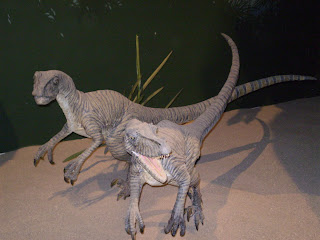 New Scientist suggests that there were fewer dinosaur species than we thought.

There were probably fewer dinosaur species than previously thought. This week New Scientist reported on the research of John Scannella and Jack Horner at the Museum of the Rockies. They compared the skulls of 29 Triceratops and 9 Torosaurus and noticed that no one had ever found the fossil of a young Torosaurus.

They suggest that as a species Torosaurus does not exist but it is instead an adult Triceratops.

Seen from a creation perspective, reducing the number of dinosaur species was expected. Evolutionists have all too often assumed that a new fossil find is a new species.