Secular scientist see UFOs and extraterrestrial. encounters as arising from a dreamlike state 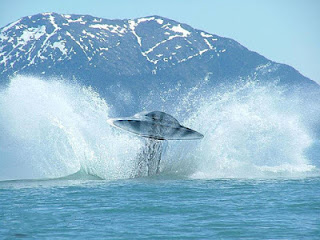 Recently, scientist have regarded extraterrestrial encounters as taking place in a dreamlike state, and researchers with the Phase Research Center (PRC),in Moscow,  instructing the PATENTS to "find or summon aliens or UFOs" during a lucid dream, the scientists reported July 2 in the International Journal of Dream Research.

One female participant spoke of seeing "little men" with blue skin, oversize heads "and huge, bulging eyes," the study authors reported. When the aliens invited her onto their spaceship, "I was blinded by a very bright light, like from a searchlight," she said. "My vision was gone, and I felt dizzy and light."

The media are full of stories of UFOs but the government will not be accepting them.

UFOs seem to have a strong evolution connection. If one believes that life originated and evolved randomly on earth, one would probably also suppose that it could have evolved randomly elsewhere.

Some people might think that UFOs are our way to salvation, and that they gave us life by a mysterious Darwinian way. UFOs are not needed for life. Only God  can give live to us.