Darwin Was Wrong About The Evolution Of Eyes 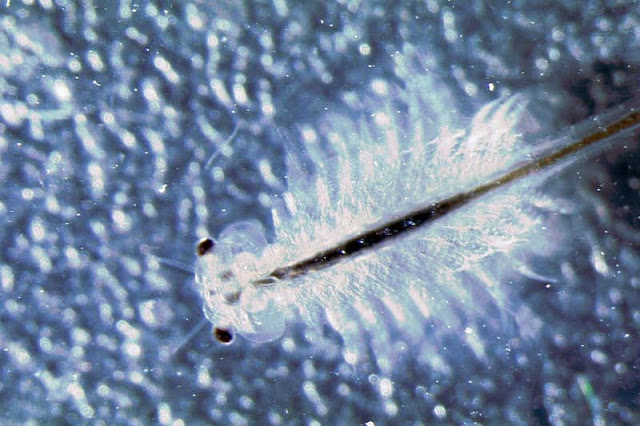 “An animal that lived 429 million years ago had compound eyes almost identical to those of modern insects like bees and dragonflies. The finding implies that the compound eye evolved very early in the history of animals.”

This is contrary to what Richard Dawkins says and what Charles Darwin said about them.

“I am quite sure that its roots lie far back in the Precambrian somewhere,” says Brigitte Schoenemann at the University of Cologne in Germany. The Cambrian period, when many of the major animal groups appeared, began about 540 million years ago.

With Euan Clarkson at the University of Edinburgh in the UK, Schoenemann re-examined a fossil of a 1.2-centimetre-long animal called Aulacopleura koninckii. It was a trilobite: a marine animal a bit like a woodlouse, related to insects and shrimp.

Schoenemann and Clarkson found that one A. koninckii specimen still had its left eye. It was a compound eye like those of modern insects, which contains many tiny receptors called ommatidia, each with light-sensitive cells and a lens to focus light. Each ommatidium contributes a single “pixel” to create a mosaic-like image.

The internal structures of its ommatidia were almost identical to those of modern insects. The only difference was that they weren’t quite as densely packed into the eye, probably reducing the amount of detail the animal could see. But to all intents and purposes, it was a modern compound eye, says Schoenemann.

The oldest known compound eye with preserved internal structures belonged to another trilobite, which lived in the early Cambrian over 500 million years ago. Schoenemann´s team described it in 2017. That eye was more primitive though. “There were no distinct lenses,” says Schoenemann. The ommatidia were topped with “a kind of translucent window, without any capacity of focusing”. Also, the eye only had about 100 ommatidia.

So, the evolution’s story of how the eye developed from a single organ to what we’re seeing today.