Homo naledi Is “Startlingly Young” – Can’t Be a Missing Link 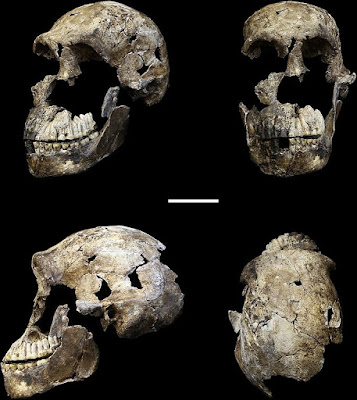 “All we know of the Missing Link is that he is missing,” G.K. Chesterton famously said roughly a century ago.

This is still true.

Evolutionists hoped that Homo naledi could be the link between Australopithecines (such as Lucy aka Au. afarensis and Au. Sediba) and humans, when the first paper on the fossils was published in 2015.

Professor Lee Berger, who with his colleagues discovered the remains, believed that H. naledi could be as old as “3 million years”, a convenient age for a transitional fossil.

However, the remains were recently dated, giving an age between “236,000 and 335,000 years,” yet they had very primitive features.

Three new papers published in the journal eLife report on the discovery of a second cave near the first, featuring relatively complete remains of H. naledi.

Their message does nothing to help evolution. What has been missing since Darwin’s days is still missing.

University of the Witwatersrand. 2017. Homo naledi's surprisingly young age opens up more questions on where we come from: Homonin [sic] discovered in 2015 by the Rising Star team in South Africa was alive between 335,000 and 236,000 years ago. Science Daily. (9 May).