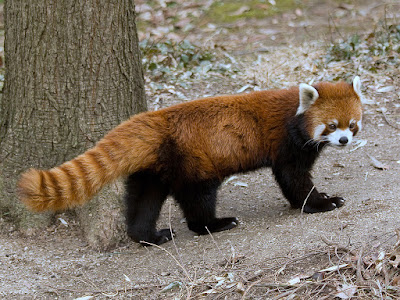 Some animals defy typical classifications. Thus, there are at least two mammals that are known as a bearcat. They even look somewhat alike, though they have different colours.

The red panda (Ailurus fulgens) and the binturong (Arctictis binturong) are not closely related but judging from their looks, they could almost be cousins.

Both live in – or at least prefer – trees, and are a bit bigger than a domestic cat. The red panda is a living fossil that has not changed in “tens of millions of years”.

Despite its name, it is not closely related to the giant panda.

When evolutionists suspect that distant species have evolved the same traits independently, they often use the term convergent evolution, which is Darwin-speak for a phenomenon that defies evolutionary thinking.