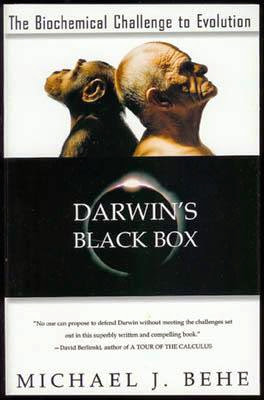 A recent paper in Science suggests that Michael Behe was right.

Some things, for instance, a mousetrap, just don’t work if all the necessary parts are not present from the beginning.

Ardent evolutionists did not like the concept and they claimed that the biological systems that Behe discussed could have evolved stepwise through Darwinian processes.

However, they never succeeded in demonstrating that any such systems could have arisen stepwise.

This week Science published a paper by Montana State University researchers. According to ScienceDaily they

“made a significant contribution to the understanding of a new field of DNA research, with the acronym CRISPR, that holds enormous promise for fighting infectious diseases and genetic disorders.

The MSU-led research provides the first detailed blueprint of a multi-subunit ‘molecular machinery’ that bacteria use to detect and destroy invading viruses.”

ScienceDaily quoted the paper’s lead author Blake Wiedenheft, an assistant professor at MSU's Department of Microbiology and Immunology. He said:

"We generally think of bacteria as making us sick, but rarely do we consider what happens when the bacteria themselves get sick. Viruses that infect bacteria are the most abundant biological agents on the planet, outnumbering their bacterial hosts 10 to 1.”

Wiedenheft went on to say:

“The structure of this biological machine is conceptually similar to an engineer's blueprint, and it explains how each of the parts in this complex assemble into a functional complex that efficiently identifies viral DNA when it enters the cell. This surveillance machine consists of 12 different parts and each part of the machine has a distinct job. If we're missing one part of the machine, it doesn't work."

There you have it: a paper in the pro-evolution journal Science agrees that a least one biological machine is irreducibly complex. While the paper credits evolution, its gist and its terminology speak of intelligent design, something that is becoming increasingly obvious in biological systems.