The Stones Cry Out: Bible History Is True 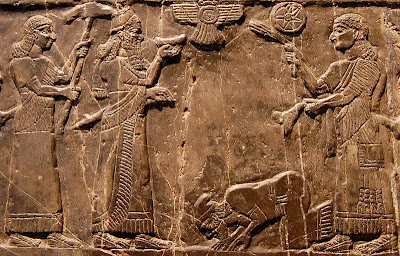 The Bible tells us about real history. It relates the story of real people who lived at a particular stage in history. The Black Obelisk of Shalmaneser III, currently kept at the British Museum, includes an interesting detail: a vassal ruler prostrates himself before the Assyrian king.

This happened during the time when Hazael, King of Syria, fought against Jehu, King of Israel in the 9th century B.C.

In 841 B.C Jehu obviously went to ask the Assyrian ruler to help him against Hazael. The text on the Black Obelisk says:

“The tribute of Jehu, son of Omri: I received from him silver, gold, a golden bowl, a golden vase with pointed bottom, golden tumblers, golden buckets, tin, a staff for a king [and] spears."

Omri was the name Shalmaneser III used of the royal house of Israel.

Even if people keep silent, old stones will shout out: the Bible is true. The Black Obelisk also shows that the Jews were living in the Promised Land 2,800 years ago.

And before Jehu’s time, King David for instance built a royal palace in Jerusalem.