Does Evolution Liberate From Guilt? 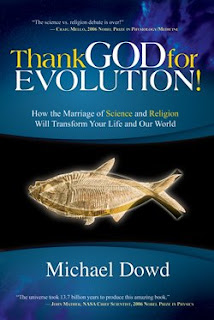 Paul would not approve of this gospel.

Pastor Michael Dowd, the author of Thank God For Evolution, is spreading the good news of blaming evolution for our moral weaknesses. His message attracts attention as everything that might offend the views of a modern civilised humanist has been eliminated from this form of “Christianity”. One does not have to focus on sin or to repent.

New York Times reports of a man who after hearing Rev. Dowd’s sermon understood his extra-marital affairs better, realising they were due to our shared animal past.

Rev. Dowd seems to interpret the gospel message in a Freudian way. Everything is always someone else’s fault. In this respect, Adam and Eve were the first Dowdians although their view on origins differed diametrically from Rev. Daud’s.

Fortunately, there are people who have realised the weaknesses of evolution-based morality. Years ago, The Times asked several famous writers, including G. K. Chesterton (1874-1936), to write an essay on the topic "What's Wrong with the World?" Chesterton wrote,

Dear Sirs,
I am.
Sincerely yours,
G. K. Chesterton

We are morally responsible for our deeds. We cannot blame evolution or, as the Freudians used to think, our parents or society for the things we do wrong.

The Bible’s revelation differs clearly from Rev. Dowd’s ”good news”. As Jesus said, “You will know the truth, and the truth will set you free" (John 8:32) and “If the Son sets you free, you will be free indeed” (John 8: 36).

We cannot merge evolution and the gospel. They are based on mutually incompatible foundations. Rev. Dowd proclaims a false gospel that can never set anyone free from mankind’s basic problem, sin. Only Jesus Christ, who is the Truth, can do this.