Science vs. religion: is there a conflict? 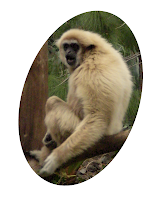 In his agnosticism/atheism blog, Austin Cline once again brings up what he calls “the conflict between Christianity and modern science.”[1] It seems that Mr. Cline has overlooked the fact that modern science is a Christian invention. Science as we know it did not originate in India among the Hindus who believed existance is an illusion or in the Muslim world where people did not believe in free will.

Most of the pioneers of modern science, like Sir Isaac Newton, were Bible-believing Christians. They believed that a rational God had created a rational world that obeys a set of laws.

Thus, it would not be entirely correct to call this a battle between Christianity and modern science. I suspect that by “science” Mr. Cline actually means “goo to you” evolution.

I happen to know several scientists, some with earned PhD degrees, who are both creationists and real scientists and who accept most of today’s science. What they do not accept, though, is molecules to man evolution.

Would it be needless to add that even some agnostics, especially the well-known mathematician David Berlinski,[2] reject Darwinism not for religious reasons for its lack of conclusive evidence?