Praying for Abortions? Pro-Abortion Organisation Gets Religion, Sort of 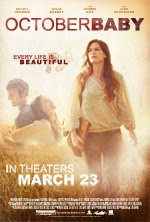 With the anti-abortion film October Baby in movie theatres in the U.S., Planned Parenthood launches a campaign to increase abortions.

The U.S. pro-abortion organisation Planned Parenthood seems to have got religion. However, it is certainly not the Christian religion but something that smacks of ancient Baalism that the Old Testament prophet Elijah fought against.

While they are planning to pray for practically everyone else, they do not have a single prayer for the unborn.

Planned Parenthood is getting support for the campaign from “the Clergy for Choice”. Using Orwellian newspeak, they characterise themselves as “religious leaders who value all human life.”

However, their “all” does not mean “all”. The unborn remain outlaws.