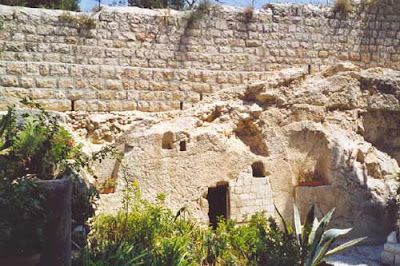 Every Christmas and Easter the popular media feature a story that purports to be a new archaeological or historical discovery related to the life of Jesus.

This Easter was no exception. According to Christianity Today:

“On February 28, archaeologist James Tabor and documentary filmmaker Simcha Jacobovici held a news conference in New York to announce the discovery of a first century tomb in the East Talpiot neighborhood of Jerusalem—and the publication of a book suggesting a connection between the tomb and the family of Jesus.”

The CT article points out that Bible scholars and archaeologists have blasted the discovery, characterising it as fantasy.

Five years ago, Jacobovici was involved in the Lost Tomb of Jesus controversy. He, James Cameron of Titanic fame and some others claimed to have found the ossuary or burial box of Jesus and His family.

However, as Jesus rose from the dead, there was no need for an ossuary.