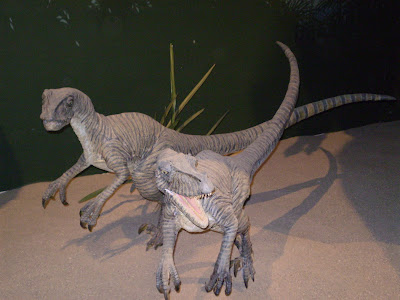 Famous ornithologist does not see feathers in dinosaurs.

Feathered dinosaurs have become a Darwinian dogma that few have dared to question.

Alan Fedducia, an emeritus professor at the University of North Carolina in Chapel Hill, takes a very critical approach to this view that he describes as a dogma and current orthodoxy. He does not believe that modern birds evolved from dinosaurs.

Some of the fossils, for instance Sinosauropteryx, have according to Fedducia been dinosaurs that have lacked feathers. Some have been early birds with true feathers.

“If it has feathers and avian flight wings, it's a bird!” he says.

Professor Fedducia suggests that researchers might repeat the mistake of the 19th century ornithologists, who assumed that modern birds evolved from big flightless birds like the ostrich.

However, rather than evolving, flightless birds have devolved or lost the ability to fly.

In other words, the current dogma causes Darwinists to see what they expect to see (feathers), just like some who believe they have seen a UFO although they saw something else.