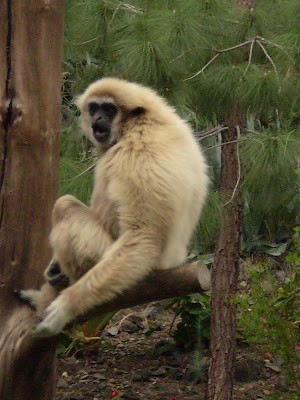 Huffington Post seems to be fond of monkey tales.

The Huffington Post is a liberal Internet news outlet that is not known for its scepticism of Darwin. Recently, Jonathan Dudley wrote a longish article, arguing that Christians should not reject evolution.

The idea is rather absurd. Darwinian evolution is an attempt to explain the existence and biodiversity of all living beings without God. In the evolution model death is the Grim Reaper that has been present from the beginning. In contrast, according to the Bible, the created world was very good until Adam and Eve sinned, bringing death and suffering into creation.

The creation model and the evolution model cannot be reconciled. Contrary to what Francis Collins and Karl W. Giberson of the BioLogos Foundation believe, adding God to a basically atheistic formula does not turn it into a theistic one.

Dudley’s article includes some fatal scientific problems. He for instance claims: “No amount of radiocarbon dating evidence will convince someone the Earth is 4.5 billion years old if that person believes God created the world to look old, with the appearance of age.”

The half-life of carbon-14 is about 5,730 years, so we cannot use carbon dating to measure rocks that are assumed to be billions of years old. Furthermore, C-14 can only be used to date objects that are or were organic, for instance animal fossils.

God has not created the world with the appearance of age, either. Dudley has read something into the creation model that is not there.