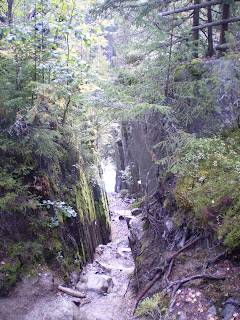 Perhaps these rocks in southern Finland are much younger than was supposed.

For the most part, scientists have assumed that radiometric dating methods give reliable results. They have thought that nothing else except radioactive decay has had an effect on the amount of parent isotopes (the original radioactive substances) and daughter isotopes (the decay products) in rocks.

A new paper published in Science challenges this view. Gregory Brennecka, a geochemist at Arizona State University, and colleagues studied meteorites by using mass spectrometry and found out that their original 238U/ 235U ratio was not stable but varied.

The researchers conclude that results obtained by this method are roughly five million years too old. In other words, our solar system is much younger than previously supposed.

This is not the first paper to throw doubts on the assumptions behind radiometric dating. Last July, CERN, The European Organization for Nuclear Research, published a study that showed that ultrasonic cavitation in water caused thorium-228 to decay 10, 000 times faster than previously supposed.

It thus seems that the model based on Genesis is becoming increasingly relevant.