The Pope’s Epiphany Message: Harmony Between Reason and Faith, Science and Revelation 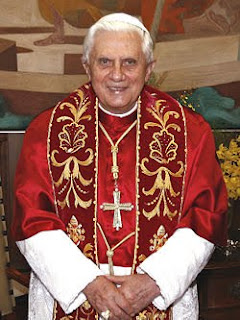 In his Epiphany message, Pope Benedict XVI discussed the relationship between reason and faith. He pointed out that the Magi who travelled from the East to adore the newborn King were learned men but they did not despise God’s revelation. They were obviously honest seekers of the truth.

The Magi were humble. They did not allow their presuppositions to cloud their understanding and did thus not dismiss the idea that they would find the King not in Herod’s palace but in a more humble habitation.

Pope Benedict XVI generalises this attitude to the relationship of science and revelation. He did not mention naturalistic interpretations of science that attempt to expel the Creator from science, though.

The Vatican has not always taken a clear stand for creation; for instance Pope John Paul II said that evolution was ”more than a theory”.

However, adding a theistic component to an otherwise atheistic model does not sanctify Darwinism.

Faith and reason are not opposites. The universe and everything in it, including you and me, appear to be designed. The obvious interpretation is that it is – and we are – designed.

In contrast, some naturalistic interpretations of science, such as the belief that nothing gave birth to everything by pure chance, are absurd.