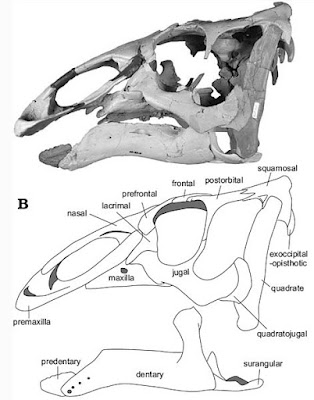 Some dinosaurs preferred to live in the cold Arctic, or at least some researchers think that they did. A recent press release posted on ScienceDaily states:

“Scientists have uncovered a new species of duck-billed dinosaur, a 30-footlong herbivore that endured months of winter darkness and probably experienced snow. The skeletal remains of the dinosaurs were found in a remote part of Alaska. These dinosaurs were the northernmost dinosaurs known to have ever lived.”

Ugrunaaluk kuukpikensis, as the dinosaur is now known, challenges much that researches thought they knew about dinos. While the climate within the Arctic Circle was probably much warmer than it is today, the winters were dark and the average temperature round 6 degrees Celsius (43 degrees Fahrenheit).

The fossils are assumed to be 69 million years old.

According to a much more logical scenario, the dinosaurs met their end in the global flood of Noah’s day some 4,500 years ago. Regardless of where they lived, the flood waters carried them to the Arctic.

This is not the first time dinosaur fossils were found in the Arctic. You can read about previous discoveries here and here.