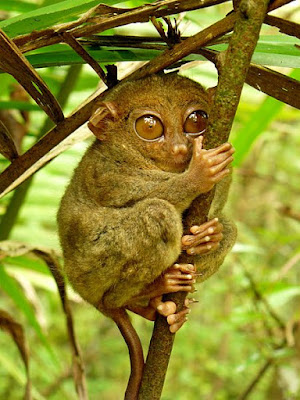 Evolution should be characterised by change over time. However, in numerous cases the very opposite – that is, nothing – happens. Animals stay more or less like their great-great-great-ancestors.

Like other living fossils, tarsiers have resisted change for aeons.

Evolutionists tend to believe that tarsiers “belong to a relict lineage of primates that gave rise to monkeys and apes about 60 million years ago.” However, they will admit that they are living fossils that have hardly changed in “45 million years.”

Tarsiers are anything but primitive; they communicate using ultrasound.

And the presence of tarsiers in Asia has prompted evolutionists to speculate that these tiny furry creatures were excellent mariners, crossing the ocean from Africa.