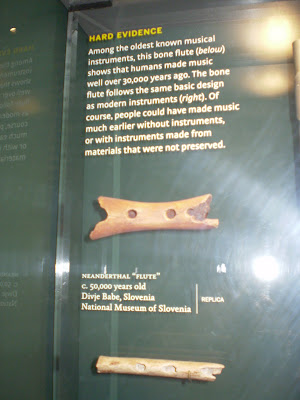 Cave paintings depicting seals are changing our view of the artistic skills of Neanderthal man.

Recently, José Luis Sanchidrián of the University of Cordoba, Spain, and colleagues reported on a discovery of cave paintings near Malaga. Originally found in 1959, they are assumed to be the oldest cave art ever found.

The researchers dated charcoal remains found near the paintings at 42,300 – 43,500 years before present and assume that they are as old as the artwork.

Just a few decades ago evolutionists thought that Neanderthals were dim-witted cavemen, but views have changed. Now researchers believe that Neanderthal man was a talented artist.

According to the model based on Genesis, the Neanderthals lived during the ice age following Noah’s Flood. They were Adam’s descendents and thus fully human, just like us.

The global Flood would also make carbon dating unreliable, because it ignores the vast amounts of carbon dioxide produced during that year-long catastrophe.