Hope in the Midst of Turmoil 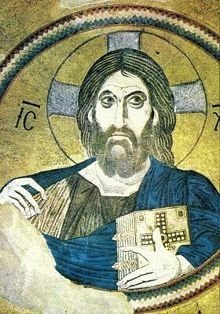 Jesus Christ promised to give us His peace in the midst of turmoil. A Greek Christ Pantokrator mosaic from the 12th century. Image courtesy of Wikipedia.


Reverend David Wilkerson, a famous NYC pastor, recently warned of impending catastrophes such as riots, food shortages and fires, in major U. S. cities and elsewhere.

David Wilkerson is known for his numerous books, especially The Cross And The Switchblade, which recounts his ministry to gang members and drug addicts in New York City. Translated into over 30 languages, over 50 million copies have been sold.

In 1973 he wrote The Vision in which he predicted a major economic downturn, the opening of the Iron Curtain and the rise of homosexual activism. Rev. Wilkerson, pastor of NYC Times Square Church, also foresaw trouble a few weeks before the 9/11 attacks happened.

David Wilkerson points out that he is not a prophet but a pastor. He does not want to incite fear but to warn his flock.

Some financial experts have also warned of a similar scenario. If shipping goods becomes unprofitable, it could result in food shortages and riots as angry people take to the streets.

It is good to remember that the Bible has much to say about hope. At a time when the future of the Jewish nation was in jeopardy, the prophet Jeremiah wrote:

"For I know the plans I have for you," declares the LORD, "plans to prosper you and not to harm you, plans to give you hope and a future". (Jeremiah 29:11)

The New Testament is also full of hope. Jesus encouraged his disciples:

I have told you these things, so that in me you may have peace. In this world you will have trouble. But take heart! I have overcome the world. (John 16:33)

Many signs suggest that history is irrevocably approaching its grand finale. It spite of its sombre tone, Revelation is basically a book of hope. It clearly shows that although a few sparrows might fall to the ground, God is in control of history - even in the midst of financial turmoil and civil unrest.
Lähettänyt bwanajoe klo 11:21