The Amazing Message of Old Footprints 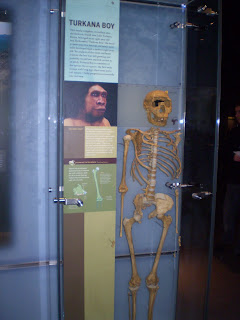 Human footprints said to be 1.5 million years old have been found at Lleret, Kenya. They are almost identical to footprints modern man would leave on a muddy surface.

A research team led by Matthew Bennett of the University of Bournemouth, UK scanned and digitized the footprints. They recently published their research results in Science, confirming what creationists have known for a long time: Homo erectus walked as upright as we do.

We already knew that the Homo erectus skull and torso closely resembled those of modern man. Now we know that the feet of our forefathers were modern as well. Translation: H. erectus was fully human.

What about the assumed age of 1.5 million years? Radiometric dating methods are notoriously unreliable although laypeople hardly know this. Dating footprints in particular is difficult since the age has to be assumed from the rocks and fossils surrounding the footprints, resulting in what is known as the dating game.